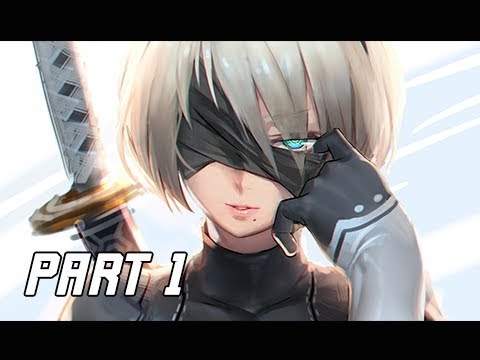 Nier: Automata shares the post-apocalyptic setting of the original Nier, taking place after the game’s fourth ending. While carrying over the Drakengard series’ tradition of a dark atmosphere and branching storylines, no direct narrative connection is shared between Nier: Automata and the rest of the series. Set in the year 11945 AD, the story revolves around a war between the remnants of humanity and the machine army of invaders from another world. The initial invasion forced humanity to flee to the Moon. Humanity eventually sends down combat androids dubbed “YoRHa” to fight the invaders in a proxy war. While denied emotions and lacking true names, they have particular attitudes that distinguish them from their fellows. The YoRHa are commanded from the Bunker, a reconnaissance base in orbit above Earth, and establish a self-sufficient Resistance on Earth to drive back the Machines.